Life is strange!  It can change in a flash.  Take for instance the movie, It’s a Wonderful Life.  George Bailey starts his day on top of the world. The war ended, his brother is a hero, he picked up the family’s Christmas wreath, life is great until his uncle misplaced $8,000…

Have you ever had a day like that? Sunday, January 29, 1989 was mine.  I had a great job, a new car, last year of college and I was working with my therapist on a safety plan to break away from my abusive family. I woke happy, full of hope and pockets full of money.  I felt strong and confident.

I decided to go to my parents’ house before returning to school. I don’t know why. I was suppose to stay away unless I had to go home.

I confronted my family about the rape, resulting in being beat up by my father and brother whose friends’ raped me.

I had no idea how I was going to explain dropping by Sunday afternoon when my school was over six (6) hours away.  I was blissfully ignorant, no sixth sense warning of the event that changed my life forever. No idea what prompted me to go.

I saw the  police car when I pulled into the driveway.  I assumed someone finally reported our family madness.

An officer met me in the driveway.  He told me to leave but…

He said- “You’re Karen? We thought you were at college”

Another officer ran out the garage door waving his arms telling me I couldn’t enter the crime scene.  Crime scene?

The first officer followed me on my left.  He told the “lead” officer I was “Karen. Home from school”.

I walked to the officer in the doorway.  The first officer followed me to the door, walking to my left, keeping pace with me. I didn’t realize he was trying to block my view.  I never imagined the “crime scene” was the garage. Therefore, I didn’t notice my brother’s car, the hose hooked up to the exhaust or the doors wide open.  I saw these things and can remember them today but they didn’t register.

I followed the officer into the house and down the basement stairs.  We met another officer sitting on the couch under a rope.

The officer asked if the rope had always been there and what it was used for.  I had no idea.  It may have been there forever. I would have never noticed. Danny may have used it to hang some of his sculptures when he lived in the basement. The officer on the couch said something about Danny and hanging but I didn’t get it. The lead officer rebuked him.

The lead officer asked lots of questions about my brothers, mostly, Danny. Had I received any notes? I told them Danny didn’t live there.  My 25 year-old brother (the one whose friends’ raped me – No! I didn’t report that to the police) lived at home but Danny had an apartment with a friend.

Danny was 23, we were closest in age.  He was an artist, smart and really funny. We went to school together, worked together, he wiped my tears when we were little, told me not to cry and was the only sibling to visit me at college.

I felt something building but the walls began to close in.

I demanded to know what they did to Danny. Why so many questions? Both officers looked at each other and then back to me –  “You don’t know?”

They thought the officer outside had told me but he didn’t have time. But I walked through the crime scene? How could I have missed it?

Neither wanted to tell me.  According to the officers, Danny came over while my parents were at Church. He asked my brother whose friends’ raped me where the vacuum cleaner was and asked to borrow his car keys.  They shouldn’t have had to explain the rest but I still hadn’t caught on. Danny pulled our brother’s car in the garage, closed the door, hooked up the vacuum cleaner hose and started the car.  My parents’ found him when they opened the garage door when they returned from Church.  My other brother (whose friends’ raped me) was asleep in the basement.

They wouldn’t tell me if he was dead, only he was at the hospital. They told me I couldn’t drive because I was too upset. And they couldn’t drive me.

I grabbed the phone, hide under the writing desk and called my friend, Danny’s old girlfriend.  I stayed with her over the weekend.  Her sister was on her way.

I don’t recall waiting, I don’t recall the ride to the hospital or even my friend’s sister.  I only recall the swoosh of the Emergency room doors, the busy waiting room and being ushered by another officer through more doors. The officers called to say I was on my way.

“Your parents will be very happy to see you. Everyone was worried about you”.

Our destination was in sight.  It was the only room with an officer and a priest leaning against the wall.

No time to process.

The officer introduced me to the priest, “This is Karen”.

Why did everyone know my name?  I hadn’t met any of these people before.

Both said, “We thought you were at school.  You’re parents will be so happy!”

They swung the door open and there was Danny on a stretcher.  I saw his beautiful curly brown hair, noted his oddly pale bluish face and wondered about all the medical stuff protruding from his neck.  How can he breathe? I thought I took a step back but I’m not sure.

My parents were sitting with someone in chairs next to the door.  I saw them rising up, heard everyone chattering “Karen is here. We thought she was in school…had no idea how we were going to pick you up…so thankful she is…you are…here…”

Their voices muffled, far away, drowned out by a louder sound, someone was screaming…”DANNY, DANNY, DANNY…”

Someone was wailing. I never heard anyone wail before. I thought it’s a Jewish thing. My grandmother was Jewish.

My body thrust forward, my arms wrapped tightly around my brother and our bodies rocked together.  We were shaking.  I heard myself pleading with him to get up, wake up…DON”T LEAVE ME!

The silent weeping at my mother’s house had given way to a flood of emotion.

I was screaming.  It was me wailing. My face was drenched. Danny’s face and chest were drenched.

People were yelling and shushing me.  Someone was afraid I was going to pull the rescue stuff out of his neck.

Hands grabbed me, yanking me away from my brother and depositing me tightly in someone’s armpit.  I couldn’t move. My arms pinned.  My feet dangled.  Whoever had me was scores taller than me.

They were talking and walking.  Telling me I needed to calm DOWN, I was upsetting my parents… I tried to wiggle loose but they tightened their grip.

He was walking through the emergency waiting room. It was full and all eyes were on me.  People were making the sign of the cross.

I was in the armpit of the priest!

How dare he shame me like this. Our family NEVER aired our dirty laundry.  The adrenaline stirred, the tension mounted as each person crossed themselves, pulled their family closer or stared at me as we passed.

I tried to wiggle free. I heard him say something about letting me go if I agreed…

He loosen his grip, I was able to move an arm.

” You MUST calm down.  YOU must help your parents.  YOU need to be strong for them. STOP crying! It is much worse for them to lose a child. No one expects to lose a child. Brothers yes. Child no!”

He squeezed me every time he said “YOU!” for emphasis. It hurt.

Each time he mentioned my parents something boiled inside me.  I growled.  A deep low growl like a mad animal. He was so busy with his speech, he didn’t hear me.  He said my parents’ were “good” people. He lit the spark that triggered a primal fight.

Like an animal, my arm jerk up into his rib cage with every ounce of my strength. The towering priest wounded, dropped his hostage in a heap.  I scurried to my feet spewing madness, ready.

I heard folks calling for help.  The priest was shocked.

“Who the F- are you? YOU give them the f-ing support they need!  YOU’re their priest?”

P: “I’m filling in for their priest.”

Why the F- are you here?  He committed suicide.  He’s going to Hell!”

P: “The Church has changed its views…”

Another spark. “Isn’t that f-ing convenient!

The police and others surrounded us but the priest waved them off.

I ran out of steam, crumpled to the floor and sobbed.  I don’t recall what happened next. Eventually I sat quiet in the room with my parents.

I wailed many more times before we buried my brother.  I often wondered where Clarence, the Angel was and why he didn’t stop my brother. Wasn’t his life wonderful enough?

I don’t know if my anger was justified.  This priest got a load of pent up frustration shoved into his ribs.  He didn’t deserve to be first nor the only person I’d ever hit in anger.

While I’m no longer Catholic, I don’t think hitting a priest should be hanging in my cabinet of unrepentant sins.  Nor do I think it should be included in a preacher’s wife’s resume.

However, shortly after my parents’ priest delivered an apology from the ‘fill-in’ priest, stating I was in his daily prayers. As he is in mine. Forgive me Father for I have sinned! 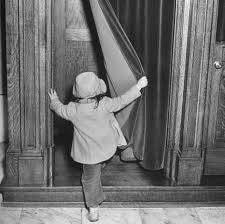