Tonight I read A Difficult Story to Tell… written by misslisted. She shared her story about being raped and her silence.  Her story inspired another blogger, elroyjones, to share her story, which I also read.  Both courageous women inspired me to share my story.  While God gave me the courage to admit I was raped, I never shared the details. Here is my teachable moment for all young women. 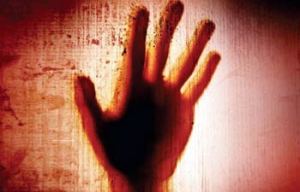 During college breaks I worked at a restaurant with my brothers. I was twenty years old. One night after work I was invited by a male co-worker to go to a party.   The party was at the apartment of a close friend of my brother. I assumed it was safe. Twenty-five years later I still can’t recall any red flags warning me what was going to happen except my brother wasn’t  going to be there.

There were only a few people at the party – the head waitress, a female supervisor, their female friend, the male co-worker, three of his friends and my brother’s’ friend.

Each took turns around the table snorting cocaine.  I politely refused. They teased me but I refused, “Drugs scare me.”  They laughed at me and someone handed me a beer. The can was open.  I recall thinking it was odd, wondering if I should ask for an unopened can, deciding I’d already been rude, their patience was waning, I’d only take a few sips. Later, I recalled the head waitress, my brother’s friend and the male co-worker had all came out of the kitchen at the same time with the open beer.  It seemed all eyes were upon me.  I took a few sips.

Everything got fuzzy.  I checked the can.  I couldn’t be drunk. It was still full. I didn’t feel well. Sounds became distorted. I needed to lie down.  My brother’s friend showed me to a bedroom, telling me I could lie down on the floor. I thanked him.  He turned the light out.  I asked him to turn it on but he  just left the room.  I heard voices laughing at me from the dining room.  They “put something in” my “drink”…I’d “be ready soon”.  Their voices were muffled.  I knew I was in danger. I felt the impeding doom. I tried to get up.  I tried to get out but I couldn’t move.

The male co-worker came in.  He started talking dirty to me, telling me how much I wanted him and his friends.  I said “No!”  I’m sure it was barely a whisper.  I began it whimper and cry.  I beg him not to hurt me.  He promised if I was good I wouldn’t get hurt.  Told me I was going to have the time of my life…I’d be begging for more. I tried to convince him that he didn’t need to do it, he was a good person but he laughed.

He couldn’t get my clothes off so he called for help.  At first it was just two but at some point part of three of them were forced into parts of me. I was raped by my male co-worker and his three friends for what seemed like hours.  At some point they threatened to kill me. The women came in to watch and laugh.  They called me a snob, talked about taking pictures to post at work.  The head waitress kicked me in the side and head.  My brother’s friend came in a few times to look and walk out.

I tried to fight but my body just wouldn’t cooperate.  Finally, my mouth did what I was trying to make it do.  I bit down hard on someone’s penis.  He kicked me and cursed me.  Two of his friends laughed at him but all of them slapped me and called me naughty. No matter how much their blows hurt, I was thankful I was able to move.  I was glad I bit him!

I got dressed.  I don’t recall how I got home.  I only recall being in the shower. I wanted to cleanse myself of my shame but I knew I was washing the evidence of the assault down the drain.   No matter how long I showered I’d still be dirty and violated.  There was no way I could wash it all off.

I prayed I didn’t get pregnant.  Thankfully I wasn’t ovulating or fertile.  I do NOT believe our bodies are capable of “shutting that stuff down”.

I couldn’t tell my parents.  I knew they would blame me.  The next morning I packed and returned to college.  I didn’t tell anyone.  I grieved for a period, came out of my room and went to class.

My brother told me I was fired because I didn’t give notice.  The head waitress told him I wasn’t welcome back. I got a job at another restaurant.

I don’t know if it was the rape, the childhood abuse or what finally broke but eventually my dissociative vault overflowed.  I wasn’t functioning.  I needed help so I sought counseling.   I told my counselor about the abuse.

I told my brother.  He didn’t believe me.  He said he asked his friend who said I was crazy.

I told my parents.  They called me a “slut” and a “liar”.  My father and brother beat me up while my mother encouraged them. She asked why whores are surprised when they are treated like whores.

My brother’s friend was the DJ at his wedding.  The head waitress and supervisor were guests.

My therapist believed me. My therapist told me to get self-sufficient, run and never look back!

Today’s daily prompt challenged me to write a letter to myself when I was 14.  In that letter I would advise:

If my blog went viral, I think this is the post I’d want to inspire new readers to dispel rape myths and support victims of sexual assault.